We have a proven track record of success in handling over 20,000 criminal cases and consistently awarded as one of Ohio’s Best Criminal Defense Firms. We treat our clients like family with a non-judgmental approach. Knowledge is power in any situation. We are here to help educate you about your circumstances. Use our resources below to contact us and learn how we can help you. 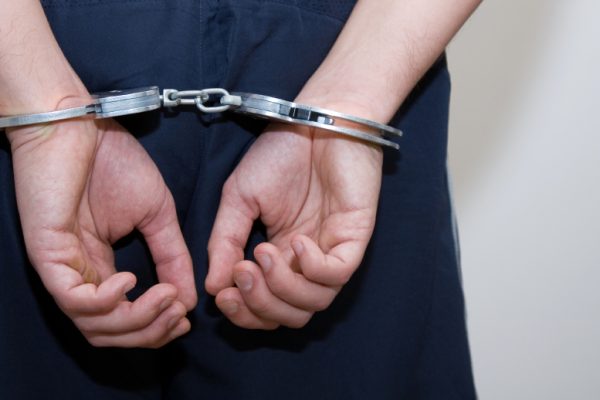 The Dayton Daily News reported on March 6 that a 25-year-old man was charged with identity theft and receiving stolen property after he allegedly used his stepbrother’s driver’s license and credit card to purchase an airline ticket. The man was taken into police custody after he attempted to enter the Dayton International Airport Transportation Security Administration (TSA) checkpoint with an airline ticket to Minneapolis-St. Paul that had been issued to his stepbrother.

The alleged offender told authorities that his stepbrother authorized him to use the ID and credit card, and he was allowed to use them all the time. According to the News, TSA personnel found two packs of cigarettes that were found to contain marijuana while searching through the alleged offender’s possessions.

Many identity theft arrests stem from alleged offenders using credit cards that they believed they were authorized to use. Identity theft is a felony offense in Ohio referred to in the Ohio Revised Code as identity fraud.

Criminal charges can be enhanced if an alleged victim was disabled or elderly. If you think that you might be under investigation or you were already arrested for an alleged identity theft crime in Ohio, you should not say anything to authorities until you have contacted Joslyn Law Firm. Dayton criminal defense attorney Brian Joslyn will help you achieve the most favorable outcome to your case that results in the fewest possible penalties.

OVER 575 TOTAL 5-STAR REVIEWS
"Awesome, Awesome, Awesome! Brian and his team get results! Very up front and honest lawyers, extremely kind and professional. I was told what the expected outcome would be for my case and what could be done for me and Joslyn Law Firm DELIVERED. His staff was very patient and willing to take the time to explain things that were more complicated to understand. The entire staff made me feel as though I was a friend and not a client, this is what you want especially dealing with the most stressful of times in your life. I believe and trust in this team- these are your people you want on your side if you are in trouble with the law"
- Dana Muscii,

We Take On
Tough Cases...
and WIN

Our case starts with law enforcement receiving a call from a local elementary school in regard to possible child abuse. A 5-year-old child told the School Nurse and Principal that his father disciplined him with a wire hanger leaving several observable marks and bruises to his back, shoulders, and arms. This allegation opened an investigation into the child’s father with Child Protective Services.

As a loving husband and father of 6, our client’s life turned upside down when Columbus Police knocked on their front door with an arrest warrant. Confused as to what was going on, the Defendant surrendered himself to Columbus Police and was booked in Jackson Pike. He was charged with one count of Domestic Violence, one count of Assault, and one count of Child Endangering. After months of negotiations and numerous court hearings, the State was unwilling to offer any amended charges and was persistent on the fact that we would be going to trial if the Defendant was not pleading to the charges. Without the security of an plea offer, our attorney began preparing for trial.

Our client was persistent on the fact that he was innocent and knew he risked 18 months of his life behind bars if found guilty of the charges, as well as possible deportation. The Defendant, with his attorney by his side, entered the Court room to begin trial. It was not until that day that the Prosecutor admitted to not having a strong case and was unable to get any witnesses to Court. The case was outright dismissed and subsequently, all children were reunited and returned home.

Use the form below to request your free and confidential consultation with one of our attorneys.
MAIN MENU
Criminal Defense
Contact Us
People