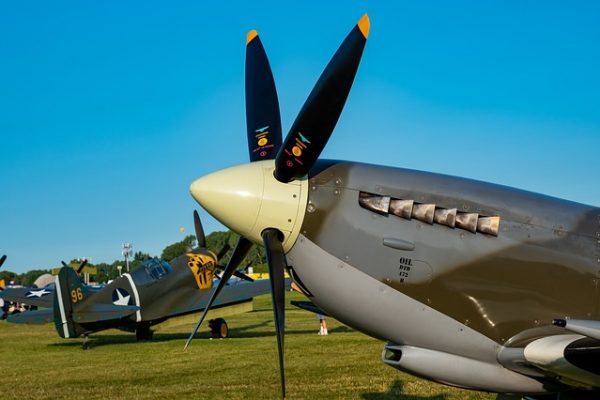 Dayton, Ohio, is known as the birthplace of aviation. The city earned this nickname because Wilbur and Orville Wright were born there. These brothers had the distinction of inventing and flying the first aircraft, and many historians have concluded that the Wrights performed much of their research, design, and building in Dayton while tucked away inside their bicycle shop. Although Orville and Wilbur Wright are the main claim to fame for Dayton, Ohio, there are a few other reasons why aviation is a popular theme in this area.

Aviation history spans thousands of years, as inventors have continually pursued the idea of flight. From tower jumping to kites to hot air balloons, the idea that people could take to the air has long been a goal. Near the end of the 19th century, inventors began zeroing in on something closer to a modern airplane that would glide on the air currents. Early flying machines with engines began to take shape, and several inventors were closing in on a successful contraption that might actually fly under its own power. The Wright brothers were in a race with other inventors, and they succeeded in achieving the first flight just ahead of others.

Wilbur Wright was born in Dayton in 1867, and Orville was born in 1871. Even from an early age, the boys exhibited a fascination with aeronautics and flight. After an ice hockey accident injured Wilbur, causing him to change his plans for the future, the boys decided to start a newspaper with Wilbur as the editor and Orville as the publisher. They also opened and operated a bicycle shop during this time. Because the Wright brothers continued to share a love of science and flight, they watched and followed the research of the time. Other researchers were dabbling in flight but not meeting with success. This prompted the brothers to begin their own experiments, designing a contraption with wings that would allow flight. As they observed the way birds flew, they worked to replicate this in their designs. Eventually, in 1903, the Wright brothers were able to fly the first free and fully controlled flight of a plane that was power-driven. The plane stayed in the air for 59 seconds and flew 852 feet.

The Wright brothers worked on their designs and then took them to Europe, where they successfully sold them. When they returned to the United States in 1909, they were able to sell many airplanes, both in the U.S. and in Europe. Wilbur contracted typhoid fever and died on May 30, 1912, in Dayton, Ohio. Orville Wright went on to work with the U.S. Army, helping to develop technology. Orville died on Jan. 30, 1948, in Dayton. Unfortuantly for some pilots flying under the influcence of alcohol or prescription medication has been documented several times. After speaking to a local DUI attorney in Dayton, it became all to clear the high level of risk involved with this.

The National Air Force Museum is located in Dayton, Ohio, and is the favorite local museum of our Dayton criminal defense attorney Brian Joslyn. It’s among many aviation-related attractions here. This museum has more than 300 aircraft and missiles on display for patrons to view. Planned expansions for the museum include a hangar addition, which will enable display of rockets, presidential airplanes, and experimental jets. One of the largest Air Force bases in the United States is also located in the area. About 27,000 employees work at the base to provide support to the Air Force.

Tourists can also visit the Dayton Aviation Heritage National Historical Park in Dayton, Ohio. This park includes five separate units that are connected with the work of the Wright brothers. Visitors can travel throughout the city of Dayton to see an interpretive center, the Wrights’ print shop, and their original bike shop. Every location has exhibits on display as well as special educational events designed to entertain and educate people of all ages.